In recent years, increasingly more dog owners are interested in knowing the bite force of their beloved four-legged friends, especially with the tests that have been introduced to the animal kingdom by scientists and documentary filmmakers.

Multiple tests have been conducted on multiple animals that carried for years the label of worst bites, but surprisingly the results have shown that size and aggression are not synonymous with a stronger bite force.

Dog owners looking to know the bite force of their dogs is simply out of curiosity and a nice topic to impress friends in the bar or at a family reunion,

However, if you have some concerns about your Bull Terrier biting you or other persons we’ll be providing some insights about this wonderful breed and if its strong bite is dangerous.

The Bull Terrier bite force was never tested accurately, it was estimated to be around 250 PSI based on the shape of his jaw and his strongly built muscular body, making him on the list of the strongest 15 dog bites.

However, it is worth mentioning that these tests are not 100% accurate, since it’s simply impossible to instruct an animal to bite with all its force for the sake of testing, but it consists in stimulating and simulating a situation in which the animal will bite.

No animal has ever registered the same results for two bites, which shows that these measurements are never accurate but will give a roughly close idea about the bite force of the species.

The bite force variation is tied to differing jaw shapes and tooth forms, that’s why the Bull Terrier makes a good candidate with his muscular large jaws.

How is the Bull Terrier bite force is tested?

Testing the bite force of a Bull Terrier or any animal for that matter is not as simple as simply asking the dog to bite as hard as he can.

Most animals, dogs included adjust their bite force to every situation, that’s why it is hard to get a clear reading of their true bite force.

The closest scientists have gotten is simulating a situation in which the animal needs to bite hard, and measuring that bite force in that particular situation.

“The testing is like dragon slaying by committee, often involving ten or more people to test a single animal,” said Erickson, of Florida State University when testing the bite force of the saltwater Crocodile.

The difficulty of the bite force testing is why these tests are not conducted on most dog breeds, but research was done by computers analyzing jaw from and muscles have abled scientists to give an estimate of the bite force for multiple species.

The bite force is generated by the interaction of the masticatory muscles, the mandibles and maxillae, the temporomandibular joints, and the teeth.

The bite force is measured using Pound Force per Square Inch also referred to as PSI, transducers, or load cells, are used to convert the force of the bite to electrical energy that can be measured.

There are actually two ways to measure the bite force pressure of the Bull Terrier and any other animals but it remains at best an estimate.

These are tests performed on living animals, often times the animal is conscious and in a situation where he’s lured to bite a target that has a testing device on it.

There are other tests that are performed on sedated animals by electrical stimulation of jaw adductor muscles, but this may not be reflective of volitional bite force during natural activity.

In vitro bite forces have been estimated by calculation of the force produced using mechanical equations representing the jaw adductor muscles and of the mandible and skull structure Bite force can be estimated in silico using finite element analysis of the computed model of the anatomical structures.

Do Bull Terriers lock their jaws when they bite?

Bull Terriers and all dogs have no kind of locking mechanism that will prevent it from opening, they simply have a strong bite.

The real danger of a dog bite is not when he bites down on something and refuses to let go, but instead when he shakes his head and that’s when you can expect more damage, but this is very unlikely with Bull Terriers, they are not likely to bite humans.

This misconception of dogs locking their bite is caused by the fact that they can bite onto something and hold it for a long time and you’ve probably observed this behavior playing with your dog.

However, this only shows how strong their bite actually is and has nothing to do with their jaws doing something abnormal.

Does the Bull Terrier bite force make them dangerous?

Bull Terriers have an intimidating muscular look with large jaws, the almond eyes take away from them the big-eyed happy dog look, add to that their strong bite force and it’s understandable to be worried.

What’s more intimidating is that the Bull Terriers were initially bred to be ferocious gladiators in blood sports, but looks and reputation can be deceiving.

The Bull Terrier is a great family dog, he is very affectionate with the family, great with children, and needs a lot of quality time with his adored humans, although the breed needs early socializing with other dogs.

Bull Terriers have indeed a strong bite force, one of the strongest among dogs, but they are fun and loving dogs that are very unlikely to bite humans.

However, even a small puppy can have a seriously strong bite, that’s why you need to make sure they learn bite inhibition to avoid any unfortunate accidents.

So what is bite inhibition?

It is when a dog or a puppy learns to control the strength of its bite, puppies are mouthy and will use their mouth to communicate, so you need to make sure they use it properly.

In general, puppies learn bite inhibition from their littermates and mom, siblings will yelp and bite back if the youngster chomps down too hard, and Mom-dog stops the games if he’s too rough, so Junior learns limits.

Orphan puppies or those taken away too early must be taught soft mouth, imitating other littermate reactions can help along with time out (right away) and facial expressions are all means to teach your puppy bite inhibition.

It generally takes a few sessions for the puppy to learn that he is in control of the situation and once he starts exhibiting soft mouth bites you need to praise and reward. 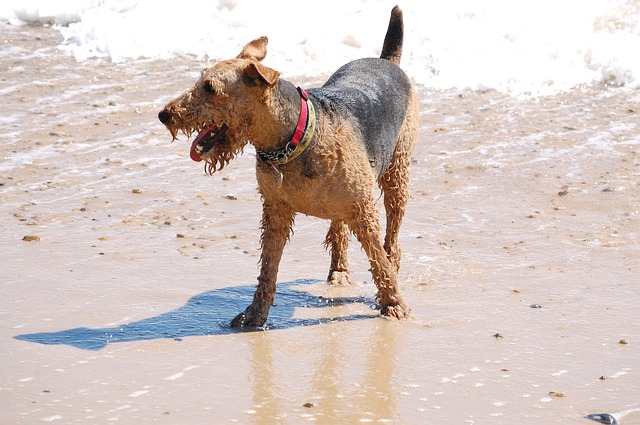 Airedale Terriers tend to have a dignified presence about them, known as kings of Terriers, they are in fact the largest of the Terrier breeds. Looks can be deceptive though, they have high energy and need a lot of exercise, they’re playful and need a lot of space, apartment dwellers should be aware of this… 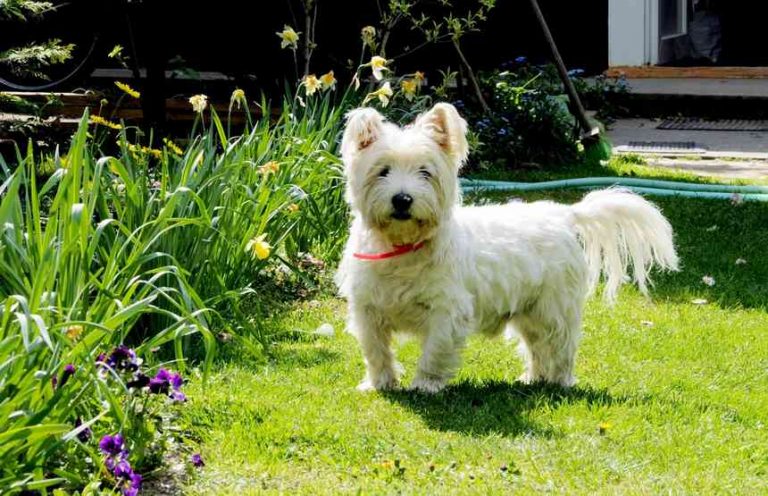 West Highland White Terriers known as Westies are drastically losing popularity in recent years, this playful, surprisingly sturdy, and great family dog has been labeled hard to train (mental stimulation, and independence), a lot of work (grooming, and exercising), and expensive to maintain (frequent health issues), but is it fair and is there any truth… 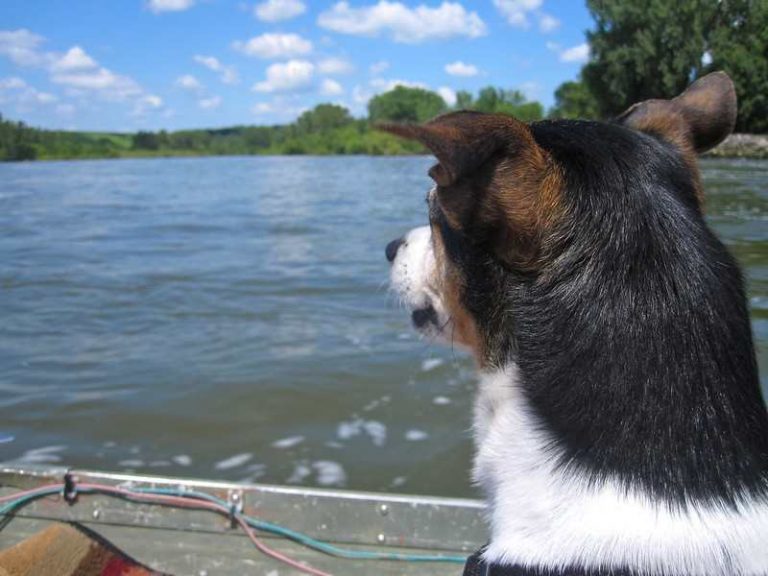 Rat terriers are considered a small breed, and most small breeds are not good swimmers, and prefer to stay out of the water, for some breeds even a bath can be very unpleasant. Surprisingly, rat terriers like water and enjoy swimming and water games, they can swim and are relatively good swimmers despite being a… 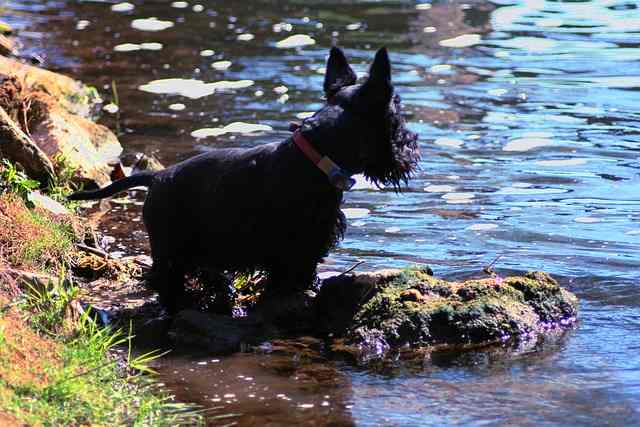 The terrier breeds are not particularly famous for being good swimmers, they were originally bred to kill rats, vermin and guard their families’ homes or barns. Unlike water dogs like the labrador retriever, the golden retriever, or The American Water Spaniel that literally has water in its name they were not bred for water jobs. This…

Hey there, I am Yahya and I'm a huge pet lover, I've been a pet parent to many dogs and cats and other small pets over the years.

I particularary love Terriers and I've have had many over the yers, Terrierology.com is where I share my experiences and tips training and caring for Terriers.

Terrierology.com is a participant in the Amazon Services LLC Associates Program, an affiliate advertising program designed to provide means for sites to earn advertising fees by advertising and linking to Amazon.com. Rodents Road also participates in other affiliate programs and is compensated for referring traffic and business to these companies.

Terrierology.com does not provide veterinary advice. Our aim is to provide our readers with information to enable them to make a good decision when making a purchase or caring for their pet. All content is therefore for informational purposes only. If you're concerned about the health of your pet you should seek medical advice from a vet.